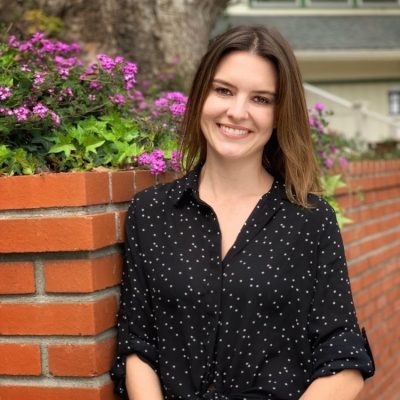 Director of Systems Change Initiatives
She / Her / Hers

Amy is a lawyer and social justice advocate from Atlanta who loves “all y’all!” and is passionate about identifying and dismantling systems of oppression, starting with her own cis white privilege. Amy’s advocacy for survivors of GBV started at Georgetown University Law Center, where she served as a student attorney in the Domestic Violence Law Clinic. Amy quickly realized that assisting survivors in getting restraining orders was simply not enough. Her clients needed income, clothes, diapers, groceries, and childcare. Simply put, her clients needed financial security. After law school, Amy returned to Atlanta where she continued her advocacy as a lobbyist for the Georgia Coalition Against Domestic Violence and Georgia Women for a Change. After joining the boutique litigation firm, Fellows Labriola LLP, Amy continued doing social justice work in her spare time as the policy director for the Junior Leagues of Georgia and a Fellow in the Georgia Women’s Policy Institute. In these roles, Amy was instrumental in the passage of Georgia’s Family Medical Leave Act.

Amy moved to LA in 2017, where she was introduced to FreeFrom. For the first time, she felt like an organization was speaking to what she had learned in law school – to end the cycle of violence, we must prioritize financial security for survivors. Amy enthusiastically joined FreeFrom in January of 2019 and serves as the Director of Systems Change Initiatives. In her role, Amy leads FreeFrom’s work to advocate for the passage of survivor wealth-centered policies across the U.S. and to expand the ecosystem of support for survivors by making banks, employers, credit card companies, and others part of the solution to ending GBV in this country.