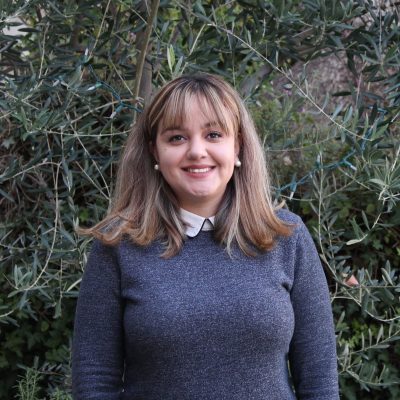 Social Enterprise Manager
She / Her / Hers

Ana is an immigrant from El Salvador, a survivor and an entrepreneur who has always used her creativity as a way to thrive. After moving to the United States during her 3rd year of Law School in El Salvador, she began working at a retail store and quickly became the Supervisor of Specialty Installation, managing large-scale home and commercial installation projects. Ana began working with FreeFrom in 2017 when she launched her greeting card business as part of FreeFrom’s entrepreneurship program. In 2018, Ana became the Manager of the GIFTED by FreeFrom store, handling everything from order fulfillment, to customer service, etc. Ana is excited about the movement of change in the way we approach the work against gender-based violence. She loves to share her story and inspire others, building community and the networks of support that make it possible for all of us to thrive.