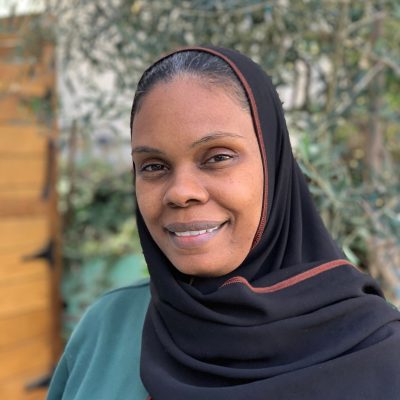 Administrative Manager
She / Her / Hers

Chriseithia grew up near Philadelphia and as a Musalimah, she chooses to follow the traditions and sense of order she learned through Islam that give her a sense of peace and fuel her passion to be a resource to her community. Upon receiving her Bachelor’s degree in Social Work from the California State University, Fresno, she worked as an Advocate Supervisor for court-appointed advocates for children in the foster system over 5 years. After relocating to Los Angeles, Chriseithia became part of the FreeFrom team in 2017 as Administrative Assistant. During her time at FreeFrom, Chriseithia launched a line of essential oil blends, Ithiaely, which became one of the first featured small businesses at GIFTED by FreeFrom.