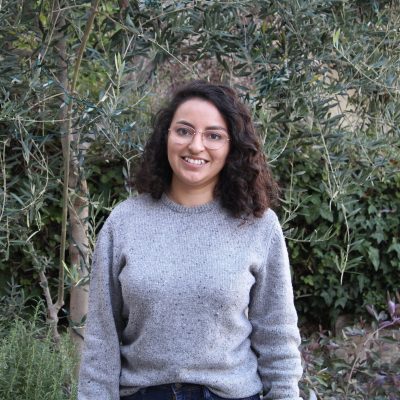 Growth Manager
She / Her / Hers

Originally from Guatemala, Dafne and her family relocated to Florida when she was 11. Living as a Latina immigrant in conservative areas of Florida, she experienced and witnessed injustice around her. Once Dafne became a DACA recipient in 2012, she was able to truly pursue a higher education. She found herself leaning on community advocates, leaders, and organizations in order to navigate the systems put in place by new laws that affected her and to advocate for herself to get access to the education she had earned. Her goal is being able to provide others with the support, direction, and hope that she received from others then.

After receiving a bachelor’s degree in mathematics from the University of Florida, she relocated to Los Angeles where she worked as a Research Analyst at Unite Here Local 11, the local labor union representing hospitality workers. During this time, she had the opportunity to help lead a Get Out the Vote campaign in Arizona for the 2016 election, and work to better understand campaign targets and strategize tactics. In 2017, Dafne joined the Hospitality Training Academy, where she began as Case Manager and later became the Special Projects Coordinator. At the Hospitality Training Academy, she led multiple events and projects, including working on a mobile application for union members and launching a bartender training program. She joined FreeFrom in December 2019.