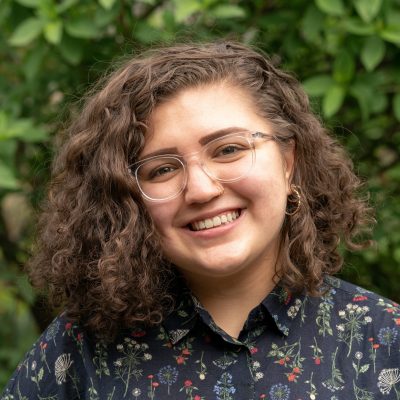 Lead Designer
She / Her / Hers

Tiff was born and raised in New York, the daughter of Colombian immigrants and a first-generation college graduate. She taught herself how to use Photoshop when she was 11 and has been constantly picking up new creative mediums ever since from collaging to photography to poetry. Tiff became passionate about social issues in high school when it became clear that her lived experiences and that of her community were deeply impacted by larger systemic structures. This lead her to study sociology at the Colin Powell School for Civic and Global Leadership at the City College of New York. It was during her undergraduate studies that Tiff found that her most profound impact would be at the intersection of storytelling and social change.

On her personal time, Tiff has devoted her skills to working with small businesses, DJ collectives, her friends and local community-led groups in need of design support. Tiff began freelancing for FreeFrom in August 2020 before joining full-time in April 2021. Her work is grounded in the belief that engaging, accessible and human-centered visuals are an integral part of movement building.

When she isn’t designing FreeFrom’s next report, you can find her color coordinating her bookshelf, picking up a new hobby or hanging out with her cats.