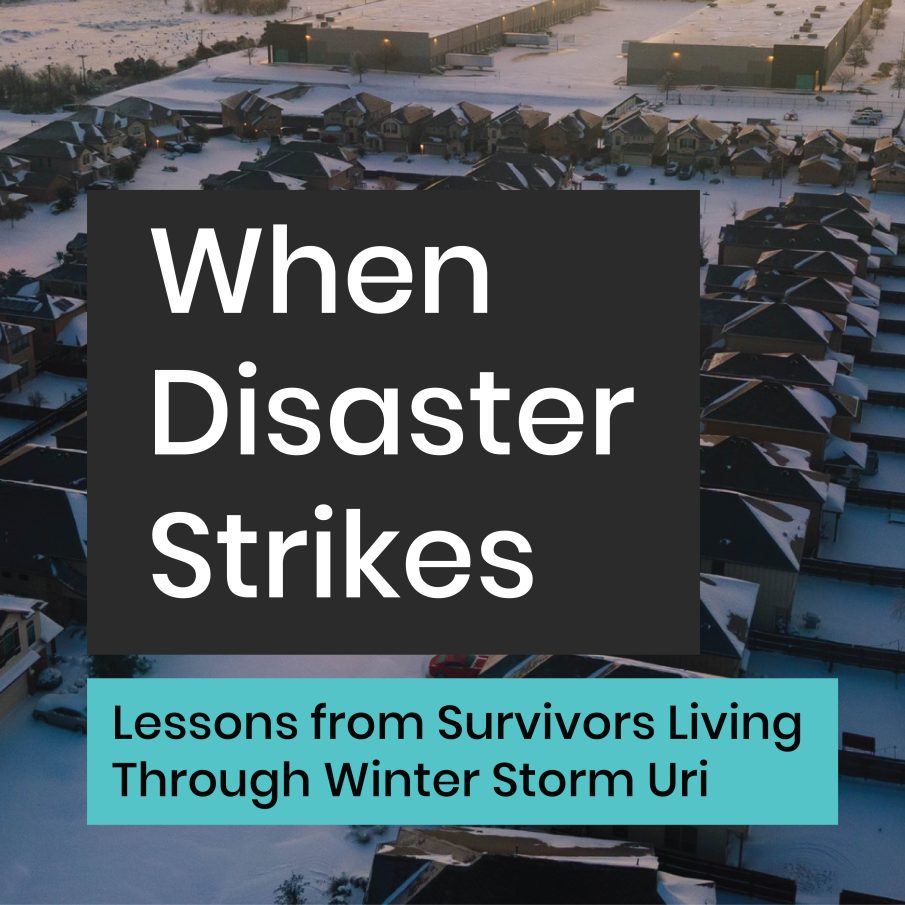 We are very excited to share our latest report that we just released today, entitled, When Disaster Strikes: Lessons From Survivors Living Through Winter Storm Uri, that shares the stories of 661 survivors impacted by Winter Storm Uri who applied for cash assistance from FreeFrom.

In February of 2021, Winter Storm Uri—a record-breaking coast-to-coast storm—brought record-low temperatures and unprecedented snowfall to the state of Texas. As the COVID-19 pandemic has shown, large-scale disasters not only exacerbate survivors’ already precarious circumstances, but also expose the pervasive lack of support for survivors within societal institutions and systems. We found that the #1 need reported by survivors affected by the storm is access to unrestricted cash, which aligns with other data our team has collected about what survivors need outside of a natural disaster situation.

Some key takeaways from the data: