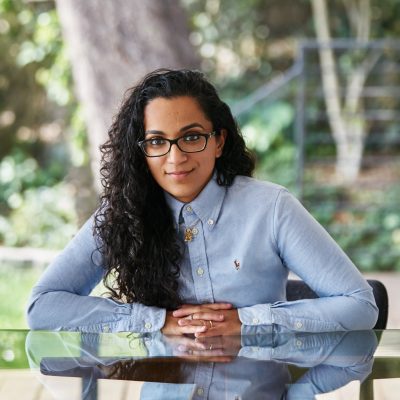 Founder and CEO
She / Her / Hers

Sonya has been an anti-violence activist since she was 16 years old. During high school, she started an Amnesty International Community Group, and, while working on their global violence against women campaign, discovered her life’s work.

Before founding FreeFrom, she launched the Family Violence Appellate Project (“FVAP”) while earning her law degree at UC Berkeley. Based in Oakland, California, FVAP is the first and only organization in California to provide pro bono appellate legal services to survivors of intimate partner violence and has fundamentally transformed the legal landscape in California.

For her work in the field, Sonya was listed in Forbes’ 30 Under 30 Class of 2017 For Law and Policy and is an Ashoka, Roddenberry, Draper Richards Kaplan and New America California fellow.

Sonya lives in Los Angeles with her wife and is discovering what it is to have hobbies in her 30s. When she’s not at the beach, she loves solving puzzles, hosting brunches and dinner parties, writing letters, collecting stationery, sending care packages, and helping her friends and loved ones start and grow their creative ventures.